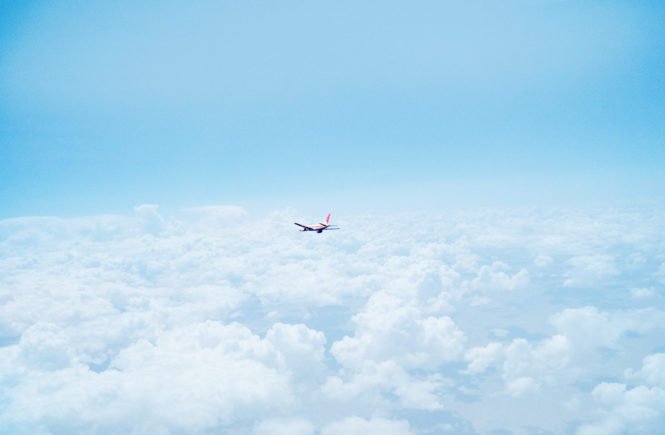 I will never forget the day I met Sioban. We were both on a plane headed to Santa Fe, New Mexico. We were fortunate to be in a row with two seats; she was sitting next to the window and I had the aisle seat, neither of us had to worry about the inconveniences of the middle seat. We did not speak; however, our body language fashioned a sense of courtesy by leaning away from each other to create the feeling of space. When the plane finally reached its cruising altitude, the captain announced it was safe to move about the cabin. I could hear clicking coming from the drink cart being prepared to make its way down the aisle.

Instead of closing my eyes as I typically do on a flight, I reached into my tote and pulled out my Bible. I was behind on my Bible study and looked forward to the extra time on the plane ride to catch up. I organized all of my favorite Bible study tools on the little tray excited to begin. As my hand reached to open my Bible, Sioban spoke to me.

When my ears received her words, there was a flip in my spirit. I went from eager excitement to nervous shame, “So… (long pause), you actually read that thing?” she asked. My courteous safe space turned into a defensive frontline. Before I could respond, the flight attendant asked, “What can I get you ladies to drink?” Sioban, looked at me with a bit of deviousness and said, “Titos on the rocks, make it a double.” Then the flight attendant looked at me and waited for my response. In an attempt to break the ice with Sioban, I said, “I’ll have the same, except skip the Titos and add water.” Sioban chuckled and we began a conversation. From her opening question to her tone of voice, we were clearly operating from two very different worldviews.

During our conversation, I learned Sioban was raised in the church. Sioban’s maternal great-grandmother and grandmother took it upon themselves to instill religious roots in her. However, when Sioban’s mother decided to join her family and reconcile to God, Sioban’s mother was ostracized by the same church. Sioban recalled hurtful reprimands from the congregation, and memories of her mother’s outbursts of sadness at the hands of, as Sioban described them, “so-called Christians.” From Sioban’s point of view, “Christians are cruel and cannot be trusted with painful testimonies.” This led to a conversion away from her Creator.

In Making Sense of Your World: A Biblical Worldview, authors Phillips, Brown, and Stonestreet, ask us to test the reasonableness of our worldview: can our worldview be logically stated and defended? Does our worldview affirm views that are contradictory? If so, it should be strongly questioned, as it violates a fundamental rule of logic. The law of non-contradiction was first suggested by Aristotle and states, “A cannot be both B and non-B.”

In Sioban’s experience, her church cannot be both cruel and genuinely Christian. The logic in her young mind did not add up and therefore the reasonableness of the Christian worldview of Sioban’s church did not make sense, causing her to abscond.

I prayed for insight to speak life into the once youthful romance between Sioban and her Creator. She spent the remainder of her time in silent contemplation, sipping on her Titos. I joined her in her silence and quietly mourned her faith. I did not open my Bible the rest of the flight, not because I was ashamed this time but because I wanted to give her the courtesy of leaning away from her story and allow her to recreate the sense of space we had before.

I cannot help but wonder what would have happened had I the boldness to go a step further with Sioban. To find the courage and tell her that I am a believer because I did not know who I was before my love affair with the Gospel; that through Jesus I have learned the concept of a love so sweet and gentle it has opened a longing so deep inside me only the Holy Spirit can reach. I wanted to hold her hand and tell her I understood her hurt and apologize on behalf of the church-body that shamed her mother. I could have shared the story about the adulterous woman in John 8:1-11 and how Jesus, the Hero, put the Pharisees in their place.

There are endless ways I could have, SHOULD have led her into conversation about the Gospel but, alas, I did not know them and so, the words were never spoken. I’ve not seen Sioban since our flight to Santa Fe, but I see her face in the people who are like her. I believe God uses Sioban to remind me who I am and my purpose,

“But you are a chosen people, a royal priesthood, a holy nation, God’s special possession, that you may declare the praises of him who called you out of darkness and into his wonderful light” (1 Peter 2:9, New International Version).

Here are two questions to contemplate:

“Always be prepared to give an answer to everyone who asks you to give the reason for the hope that you have. But do this with gentleness and respect” (1 Peter 3:15, New International Version).

Father, we are ministers of reconciliation. Help us to be bold in a world that wants us to be silent. Help us to not fight, nor flee but to be an example of sacrificial love. Our purpose is You. Amen.

Hello! My name is Raquel Hernandez. My husband and I are originally from McAllen, TX but we, along with our Yorkie Terrier, Jacks, have called Austin, TX home for six years. This year, 2018, Jovan and I will celebrate our fifteenth year of marriage! I am currently a nanny aspiring to achieve a degree in Early Childhood Development, while my husband finishes up his last year in Nurse Practitioner school (I am so proud of him)! I enjoy evenings in my tiny home with my tiny family, gathering with my friends and neighbors, studying the Word, playing guitar and leading worship. Although I live tiny, God has set my feet in a spacious place. I am honored to share my God stories with you. 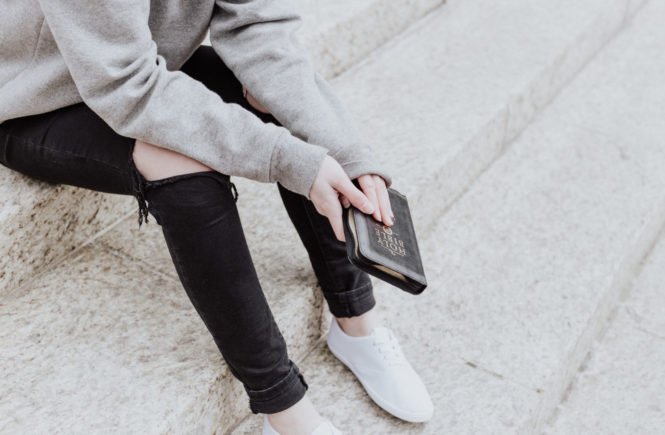 Can I really be used by God?

Grieving Your Life Away 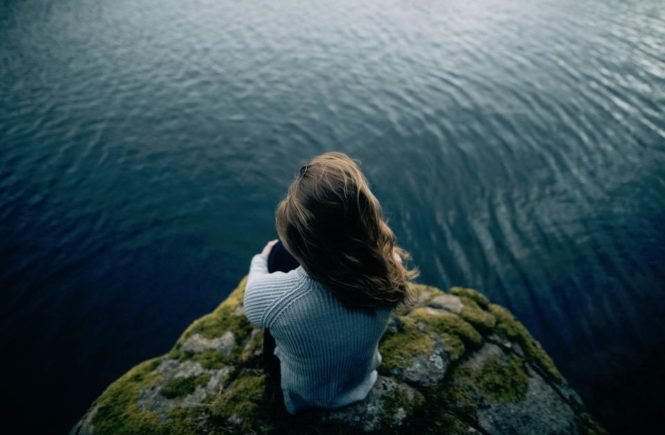 Simplifying God’s Will For Your Life 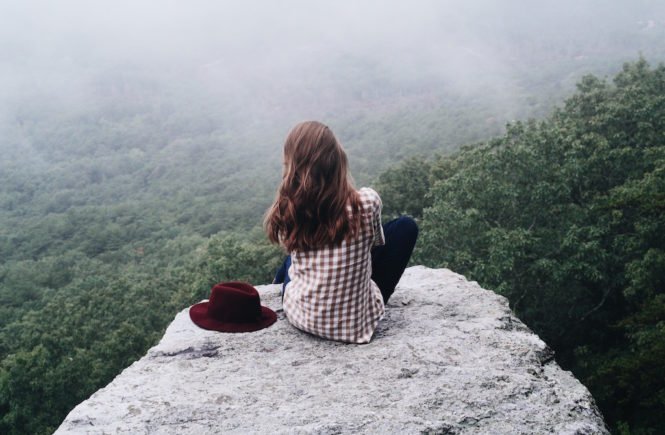